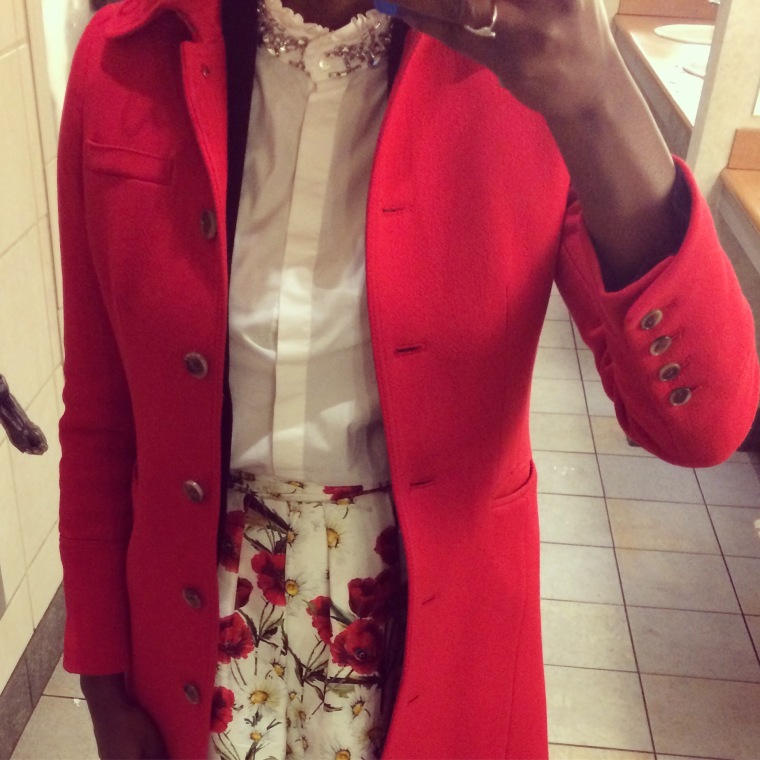 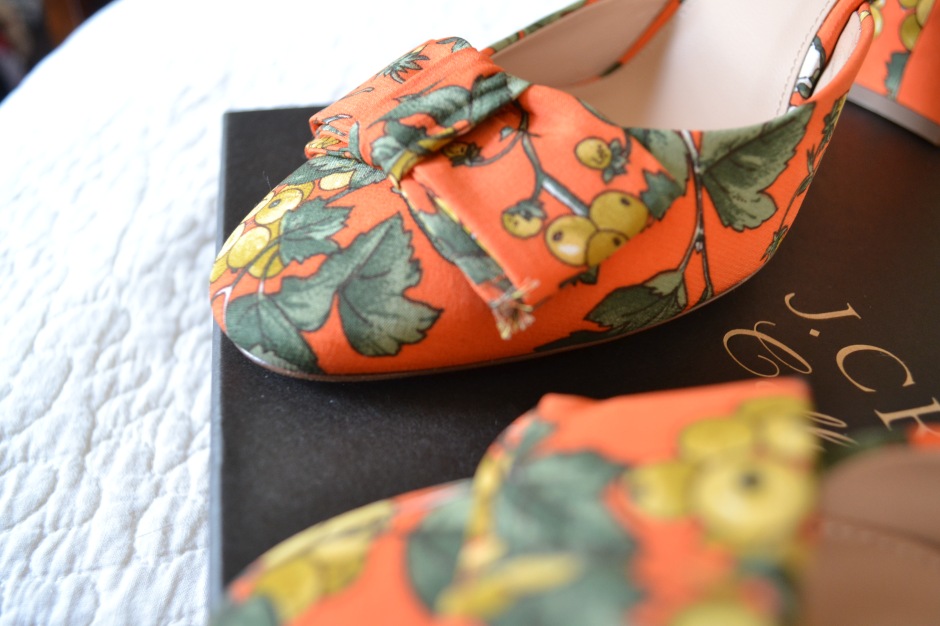 So gorgeous…they made me happy for a moment.

END_OF_DOCUMENT_TOKEN_TO_BE_REPLACED

Looks so pretty…my review below:

END_OF_DOCUMENT_TOKEN_TO_BE_REPLACED

Paris and I have always been in a bittersweet relationship.  I’ve frequently visited the city as a child, have family there, love the architecture, the food and the fashion but I struggle to appreciate its people. Maybe because my first experience in Paris was one less of a tourist but more of a local, with blunt-to-the-point-of-plain-rude encounters with some Parisians.  Then again, I have met some very charming Frenchmen from Marseilles and Lyon so I’ll just get over it at some point… Last August was a very relaxing trip. Unlike my tense stop in Paris in November 2015, the atmosphere this time around was more relaxed, though still a bit edgy because of recent attacks in Nice.

This trip, my goal was to experience as much of the Parisian food scene as possible…so, hubby and brother in toe, we ravaged bakeries in search of the perfect croissant and baguette, had lunch in a cosy bistro (quick note, if you’re non smoker, you may want to sit inside or closer to the doors) and argued on the better Parisian macaroons (I preferred the Pierre Hermé brand which I found creamier and tastier, hubby could not care for either and brother picked the Ladurée brand because he cannot agree with anything I say, of course). 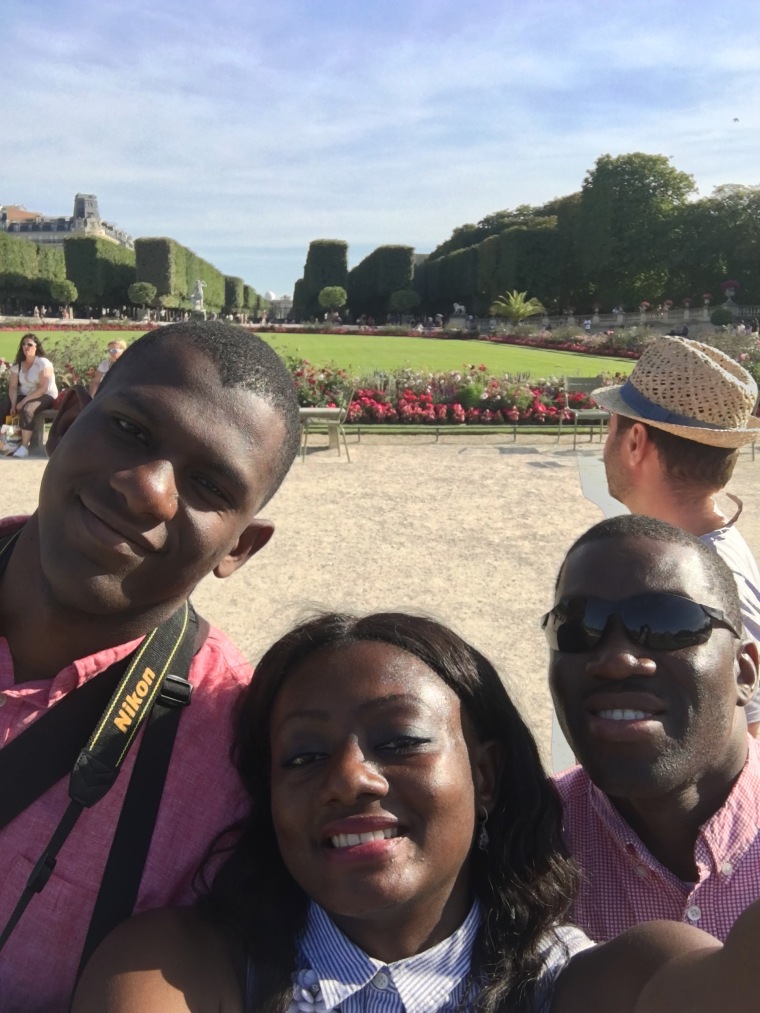 And I finally got to take a cruise on the Seine river.  You gotta admit that Paris (or any city really) looks great at night.

We stayed in Saint-Dennis, 20 minutes away from the city using the train. As you get away from the city, you see sides of Paris that no one talks about, overcrowded apartment buildings, beggars with their children and even men and women selling braised corn, peanuts and barbecue chicken potstickers inside some train stations! That was a first for me.

And we walked…a LOT! Got to admire the gardens (Tuileries, Jardins the Luxembourg), various museums, fairs and a flea market at Le Marais. I missed the tango on the river but if you’re in Paris, check it out, I hear it’s worth the trip.

When it comes to outfits, I was all blue and flowers, or lace and burgundy. A total walking cliche for the city of lights and romance 🙂 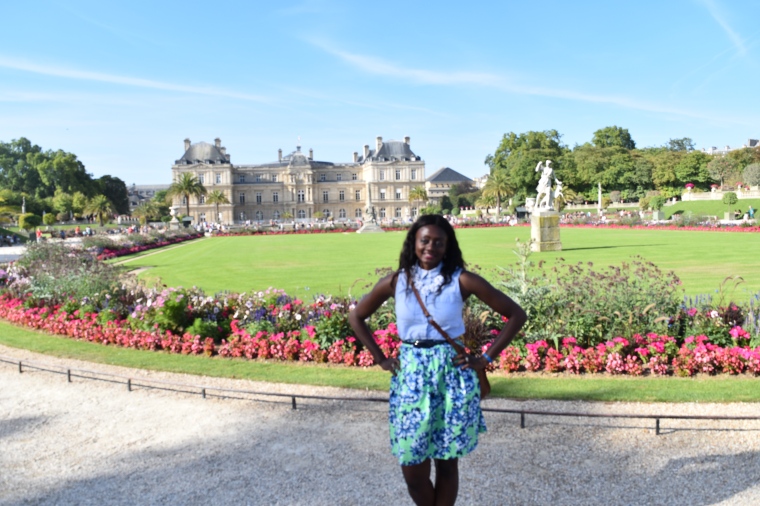 Some tips from this trip: 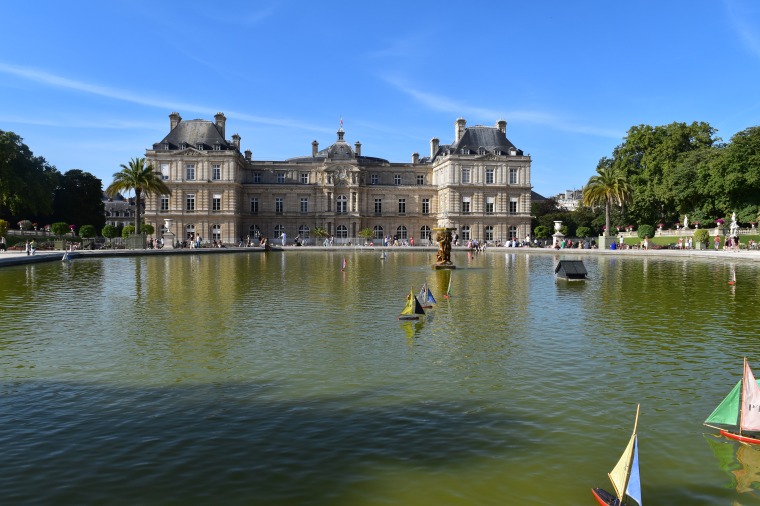 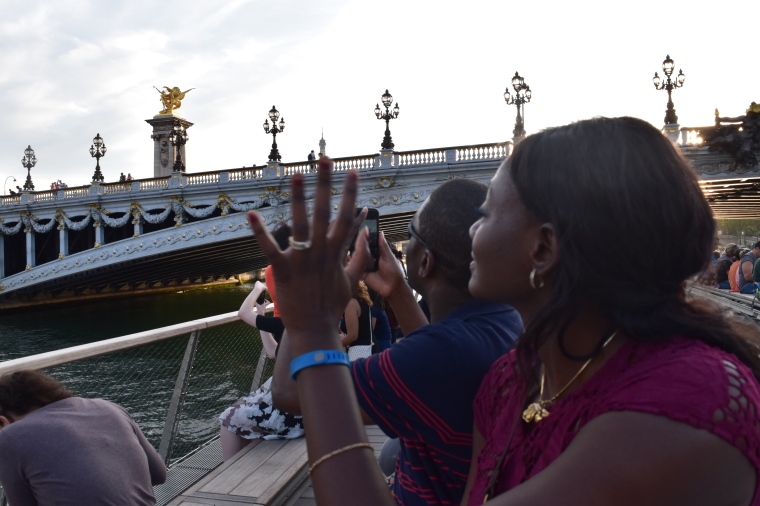 Until next time, aurevoir Paris!

Lots to lace-ups going on right now at J.Crew and this “punchy floral” flats were too cute to pass. Here’s my review.

END_OF_DOCUMENT_TOKEN_TO_BE_REPLACED

Data Scientist based in Victoria, BC

Collard greens and caviar is the range in which we live life and love food. Here you will find a range of human interest stories about food and the culture of food we live in featuring home cooks to food enthusiasts, and culinary experts. And these stories will be accompanied by simple and tasty recipes designed to "hit you in your comfort zone.” There will be other food related features from time to time not to mention recipes from “moi,” because after all – I'm a journalist who stirs a few pots every now and then and writes about it. So dive in. Cook fearless. Eat well.